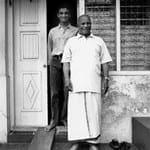 Parampara is knowledge that is passed in succession from teacher to student. It is a Sanskrit word that denotes the principle of transmitting knowledge in its most valuable form; knowledge based on direct and practical experience. It is the basis of any lineage: the teacher and student form the links in the chain of instruction that has been passed down for thousands of years. In order for yoga instruction to be effective, true and complete, it should come from within parampara.

Knowledge can be transferred only after the student has spent many years with an experienced guru, a teacher to whom he has completely surrendered in body, mind, speech and inner being. Only then is he fit to receive knowledge. This transfer from teacher to student is parampara. 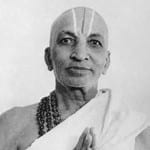 The dharma, or duty, of the student is to practice diligently and to strive to understand the teachings of the guru. The perfection of knowledge – and of yoga — lies beyond simply mastering the practice; knowledge grows from the mutual love and respect between student and teacher, a relationship that can only be cultivated over time.

The teacher’s dharma is to teach yoga exactly as he learned it from his guru. The teaching should be presented with a good heart, with good purpose and with noble intentions. There should be an absence of harmful motivations. The teacher should not mislead the student in any way or veer from what he has been taught.

The bonding of teacher and student is a tradition reaching back many thousands of years in India, and is the foundation of a rich, spiritual heritage. The teacher can make his students steady – he can make them firm where they waver. He is like a father or mother who corrects each step in his student’s spiritual practice.

The yoga tradition exists in many ancient lineages, but today some are trying to create new ones, renouncing or altering their guru’s teachings in favor of new ways. Surrendering to parampara, however, is like entering a river of teachings that has been flowing for thousands of years, a river that age-old masters have followed into an ocean of knowledge. Even so, not all rivers reach the ocean, so one should be mindful that the tradition he or she follows is true and selfless. 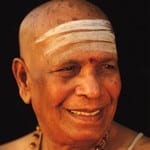 The system of Ashtanga Yoga as we know it today was developed in Mysore, South India, by Sri K Pattabhi Jois (affectionately known by his students as ‘Guruji’).

Pattabhi Jois was introduced to yoga at the age of 12 after seeing a demonstration by Sri Tirumalai Krishnamacharya. It made such an impression on him that he went to seek him out as his teacher the next day.

Krishnamarachya was an Indian philosophy and Sanskrit scholar, as well as a teacher of yoga asana and pranayama ( breath work) and is credited with reviving the popularity of hatha yoga in the modern world, thus often referred to as ‘The father of modern yoga’.

The vinyasa system and sequences are said to have been adapted by Pattabhi Jois from an ancient text the ‘Yoga Korunta’ written by the sage Vamana Rishi, a text given to Krishnamacharya by his guru Sri Ramamohan Brahmmachari.

In 1948 Guruji established The Ashtanga Yoga Research Institute at his home in Lakshmipuram. For many years he taught yoga to students therapeutically, to help with various health issues.

It wasn’t until the 60’s and 70’s that some students from the West travelling in India heard of him and came to learn from him. They, in turn, took the teachings back to their own countries. Over the years word spread and gradually more and more students arrived to seek him out. In 2002 he moved the school to a much bigger premises in Gokulam, another suburb of Mysore, where it remains today, now known as the Krishna Pattabhi Jois Ashtanga Yoga Institue (KPJAYI).

He continued to teach into his nineties, both in Mysore and internationally, continuing the legacy of his Guru Krishnamacharya. 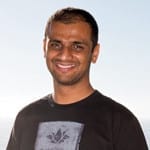 Since he passed away in 2009 the lineage is continued through his daughter Saraswati, and his grandson Sharath, who is now the director of KPJAYI.
Every year hundreds of students from all over the world continue to travel to Mysore to study at the source of Ashtanga Yoga.